Scan the QR code or search for GESTIS in the Apple app store. 1306 substances
This database contains a collection of occupational limit values for hazardous substances gathered from various EU member states, Canada (Québec), Japan, Switzerland, and the United States as of January 2011.


Colophony or Rosin Based Solder Flux Fume is a known cause of occupational asthma and as such exposure to it should be controlled. An effective method of engineering exposure control is to use local exhaust ventilation (LEV) to extract the fume at source. Personal exposure to solder fume was quantitatively measured in the breathing zone of a manikin, these exposures were then compared to those caused by uncontrolled soldering in order to assess five different LEV systems. The five LEV systems tested were a downdraught bench; an extracted bench top enclosure, a mobile capturing hood, an on-tip extraction system and a bench top fume absorber.
It was found that even a moderate amount of soldering when uncontrolled caused exposures over 50 times greater than the 8-hour Workplace Exposure Limit of 0.05 mgm-3 and over 30 times greater than the 15-minute Short Term Exposure Limit of 0.15 mgm-3. It was found that all five LEV systems were capable of reducing exposure to zero if used correctly. Each system had distinct advantages and disadvantages that make their use more or less suitable in various situations.
This report and the work it describes were funded by the Health and Safety Executive (HSE). Its contents, including any opinions and/or conclusions expressed, are those of the authors alone and do not necessarily reflect HSE policy.

At least 1.7 million U.S. workers are exposed to respirable crystalline silica in a variety of industries and occupations, including construction, sandblasting, and mining.
Silicosis, an irreversible but preventable disease, is the illness most closely associated with occupational exposure to the material, which also is known as silica dust. Occupational exposures to respirable crystalline silica are associated with the development of silicosis, lung cancer, pulmonary tuberculosis, and airways diseases. These exposures may also be related to the development of autoimmune disorders, chronic renal disease, and other adverse health effects. 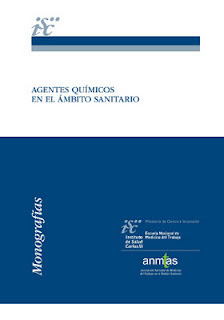 Associations between occupational exposures and cancer

Based on well-documented associations between occupational exposures and cancer, it is estimated that approximately 20,000 cancer deaths and 40,000 new cases of cancer each year in the U.S. are attributable to occupation.
Millions of U.S. workers are exposed to substances that have tested as carcinogens in animal studies. However, less than 2% of chemicals in commerce have been tested for carcinogenicity.
Cancer is a group of different diseases that have the same feature, the uncontrolled growth and spread of abnormal cells. Each different type of cancer may have its own set of causes. Many factors play a role in the development of cancer. The importance of these factors is different for different types of cancer. A person's risk of developing a particular cancer is influenced by a combination of factors that interact in ways that are not fully understood. Some of the factors include:
In many cases, these factors may act together or in sequence to cause cancer.

Tokyo Electric Power Co.'s nuclear facility management department did not heed the risk of a massive tsunami striking near the Fukushima No. 1 power plant after it was projected in an in-house study in 2008, and ruled out an immediate need to bolster defenses against the sea, Tepco sources said.

Despite a projection for tsunami as high as 10.2 meters, officials in the section at Tepco headquarters insisted that the risk was unrealistic, the sources said Sunday. The power station was ravaged by tsunami as high as about 15 meters on March 11 that knocked out the reactor cooling systems, leading to three meltdowns. The waves easily overran the plant's sea wall.

The power plant was designed based on Tepco's assumption that the biggest tsunami expected in the area would be 5.7 meters high. The 2008 study estimated tsunami 15.7 meters high could inundate the facility.

Company sources now figure Tepco could have prepared to cope with the March tsunami if it heeded the 2008 projection.

The section supervising the nuclear facilities was set up in 2007, and had been headed until June last year by Masao Yoshida, chief of the Fukushima No. 1 plant.